Meet the Patels is small time brother and sister movie that touched the hearts of many, it has been gaining support at each independent theater it has premiered at. Ravi and Geeta Patel describe the movie as a “A real life romantic comedy about Ravi Patel, who enters a love triangle between the woman of his dreams … and his parents.”

The movie is based on Ravi Patel and his adventures on dating a white girl while navigating the world as an Indian boy with very traditional Indian Parents. Meet the Patels is a small time film that has been rejected by all the big movie festivals but after its premieres it gained support and gained support by a movie studio and is set to premier this summer.

The movie needs support as the Patels have accumulated debt on their ongoing production and plan to use the money to further develop the movie. They plan to use the money to create the final digital master, for deliverables of masters of the trailer and sound track audio, closed captioning, creative materials, and documentation, legal fees from our distribution agreements, Labor / contractor fees through delivery of film in August. Check out the trailer and the products!

From the blog View More

Gifts That Aren’t Just For Show! Useful Gifts At A Glance! 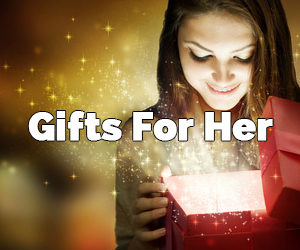